My husband, Darrell, grew up in the 60s and 70s as the second oldest of five children.  At six foot four inches tall today, he didn’t end up the largest of the Birchenough clan.  The fact is he’s a bit wiry, scrappy even, when I see him against the backdrop of his brothers.  Seeing them alongside his sister, Jeanine, you can’t help wondering how his mother, Caryn, ever managed to keep them fed when they were all headed in the same direction: up. 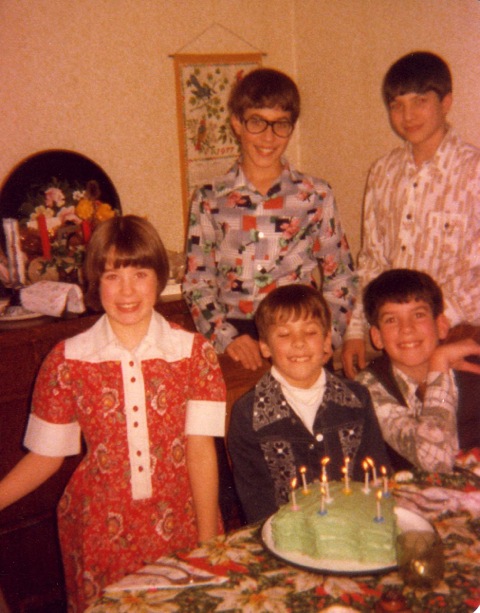 All 5 siblings pictured here at Shawn’s Christmas Eve birthday celebration: Jeanine, Shawn, and Todd are in front. Darrell and Bruce in the back.

Caryn seemed to take it in stride.  Local families in Copenhagen banded together not only to bear the cold winters in upstate New York, but to divvy up the bounty of grains, peanut butter, and spices from a local co-op to keep costs down.  “Sure it was expensive,” Caryn says, “but there were ways around it.”

The idea of a practical, healthy diet was seeded by Caryn’s Ukrainian grandmother, Anna Slevinsky, who inspired her during the summers she spent watching her canning and baking bread in her wood fired stove. 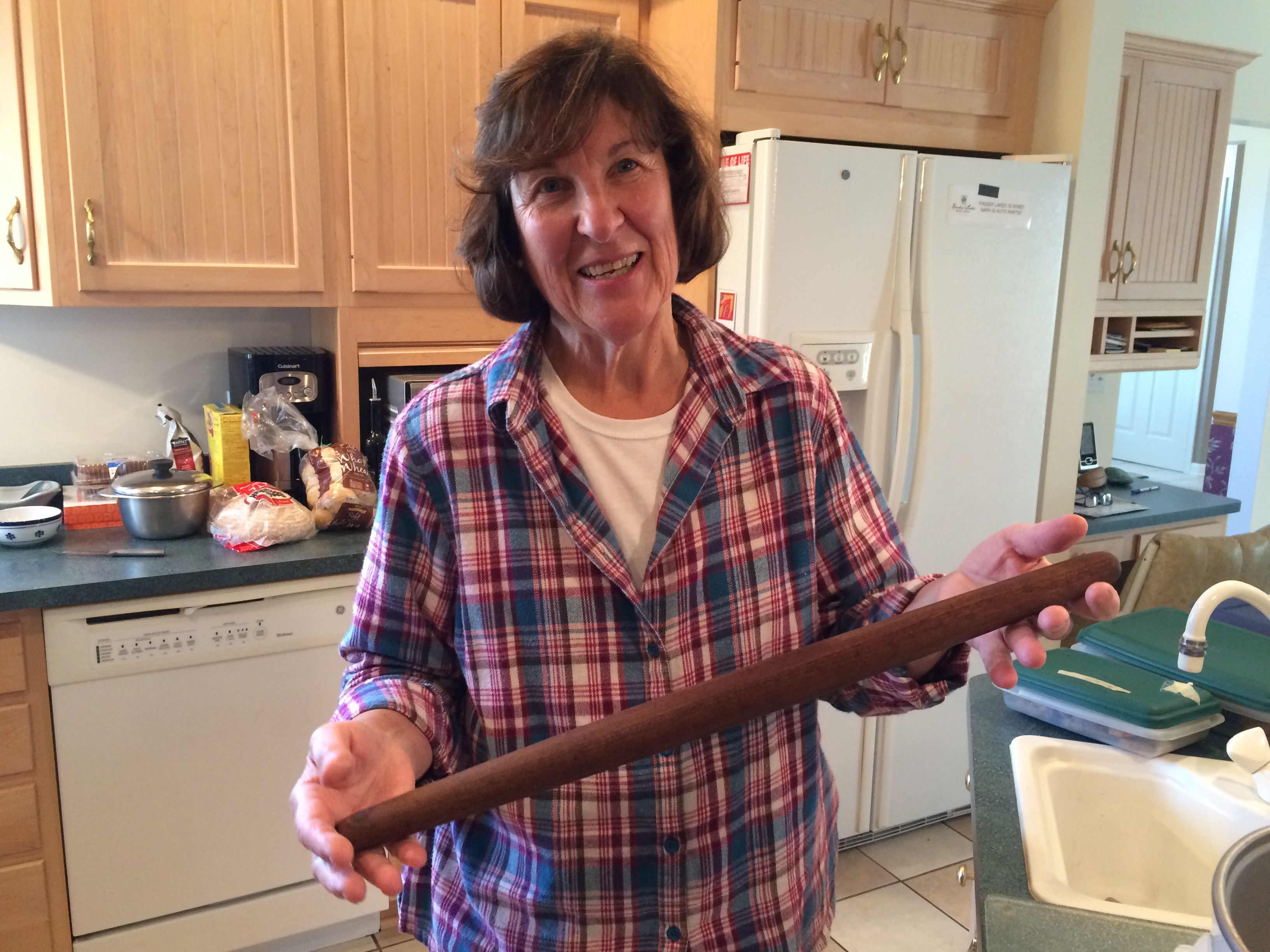 Caryn with the rolling pin she inherited from her father’s side: Bertha Dowe. (Did she need that to keep her brood in order or just to roll pie crust??)

It’s no surprise that Darrell and the rest of the brood were expected to help with food preparation when they were growing up, too.  They did everything from working in the garden to snipping peas and beans for dinner.

“We’d line right up and complain to each other the whole time,” Jeanine chimed in recently as her mother recounted the stories, “but we were little gatherers, too. When we picked fruit we had a rule of thumb: first you fill your belly, then you fill your bag.”

While Caryn had to cut some corners by mixing powdered milk into the regular whole milk to extend it a bit farther, she was never willing to compromise a wholesome diet.  “Even the cookies I gave them had to have fruit and nuts in them.  If I cut out anything, it was the sugars.” 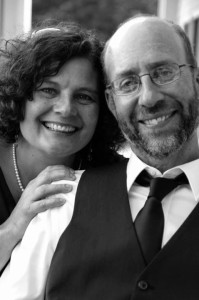 With or without the sugar, those cookies must’ve been good.  Did she know that Darrell was sneaking into the kitchen at night?  That he had mastered the ability to silently remove the lid to the cookie jar, snitch a few and slither out to rejoin the family as if nothing at all had happened?  Was it this game of cat and mouse that led him to his longstanding cookie habit which even today often includes eating an entire batch in one sitting?

It wasn’t just the cookies he was smitten with either. There was another legacy Caryn planted in his food genes: coffee cake.

For years when Darrell and I were first married I kept hearing about a special coffee cake that made limited appearances at Christmas and Easter time.  Because there were so many siblings, it was predetermined how the cake would be divided.  It had to be evenly distributed, no crumb more or less to anyone, or a family feud would have ensued.

Darrell recounted the story so frequently that I began to salivate along with him when he went into his lengthy descriptions of both the cake and the ritual around it.  “Why don’t you make it?” I challenged one lazy afternoon around the holidays, “with just the two of us we could really have at it!”  He raised an eyebrow and pulled out the recipe he’d stashed away.

He mixed the dough, allowed it to rest, and then swirled it in some cinnamon-sugary pizzazz.  I noted his demeanor (cool and calm) and his chest (puffed slightly with pride) when he finally slid it into the oven.  Our kitchen was filled with the heavenly scent of an old fashioned bakery. We waited.  Almost patiently. 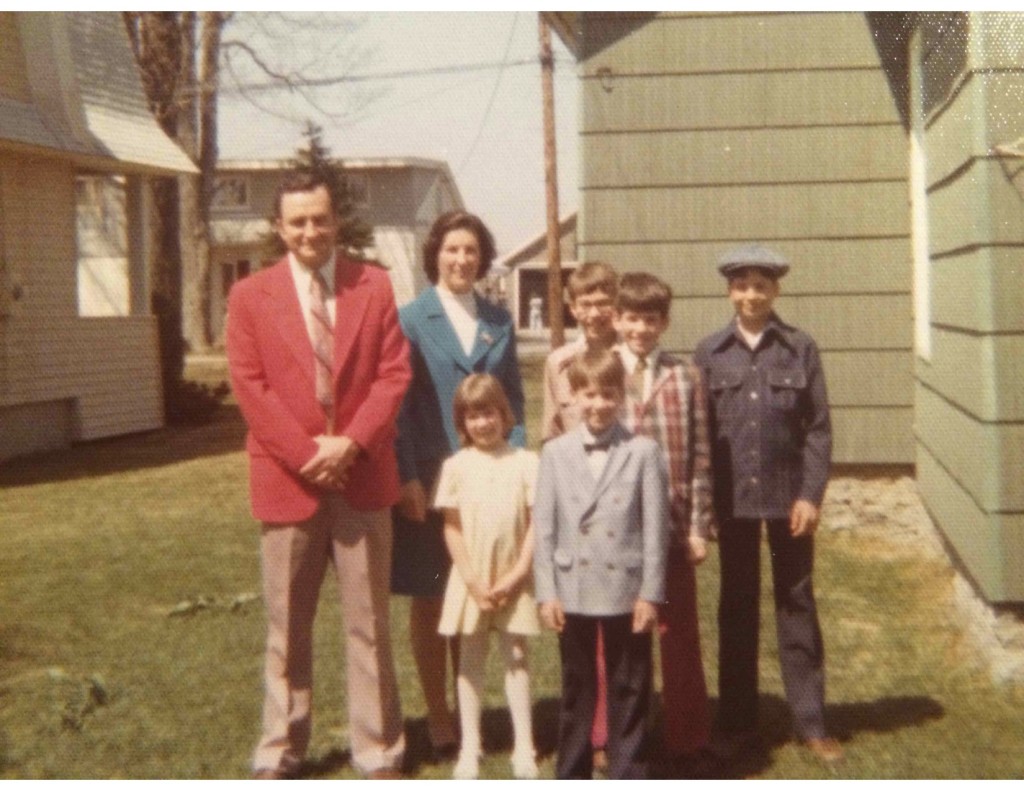 Easter Sunday, 1975. Darrell and his siblings were probably waiting patiently this day for the coffee cake, too!

He beamed as he brought the finished coffee cake to the table.  It was time to dig in!  The puffiness in his chest quickly began to sag, a look of confusion wading across his brow. The silence that filled the room seemed to verify the unthinkable: something had gone terribly wrong.

Suffice it to say that if he had tied that coffee cake to my ankle and dropped me into the Genesee River you’d have never seen me again.

After rechecking the recipe card Darrell scratched his head.  He’d done everything exactly right.  “Maybe your mom left out a secret ingredient,” I offered in consolation.

That would have been the end of it had we not heard his brothers and sisters all recounting a similar tale with a similar fate. 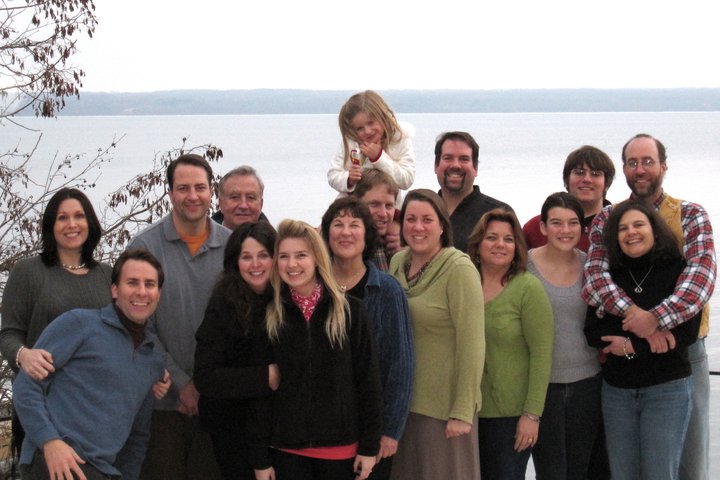 A family gathering on Seneca Lake. How could all of these siblings have had the same experience??

“Oooh,” my sister-in-law, Dawn, recalled.  “When Todd and I were first married I tried to make that coffee cake three different times.  Statistically it should have hit the mark at least once, but it didn’t.  On my final failed attempt, I actually threw the bowl!” 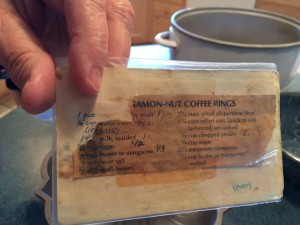 Caryn was at a loss.  She’d given everyone the recipe.  What possibly could have gone wrong……

Darrell’s family story is not unlike the stories I hear from people who come and take classes from me.  Is it possible that the missing ingredient is the person who made that treasured recipe for us in the first place?

Let’s not underestimate the impact that we have on each other, especially around the kitchen table.  Caryn’s grandmother might’ve been surprised to hear how the time spent preparing their winter stores impacted the way her great grandchildren would eventually be raised.  That the lessons shared, spoken or not, became the foundation for Caryn’s own food practices when she took her first tenuous steps into parenthood. 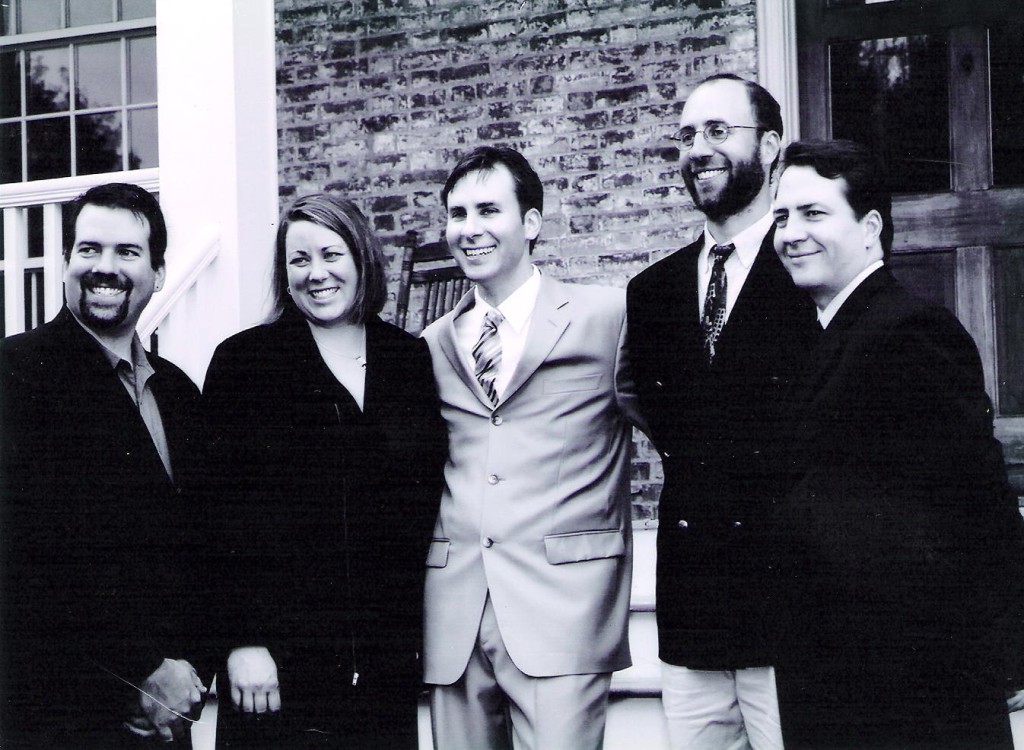 Caryn herself might also be surprised to hear the impact she made on Darrell’s food destiny as he watched her go about the ordinary task of putting supper on the table.  In college when he moved off campus and started cooking for himself, he drew up the image of his mother making lasagna.  Sans recipe, he recreated it. That lasagna filled him in body and spirit.

Hearing him talk about the lasagna and the visceral experience of watching his mother in the kitchen, I knew the answer to the coffee cake dilemma.  I needed to see Caryn in action. If she was willing, I’d go make it alongside her.  My next post will include the recipe, pictures, and any special secrets I unearthed while we baked!

Here’s what cooking with Caryn produced! YUM! I’ll share the recipe and show you the process in my next post!

It seems that sometimes memory alone can carry you from start to finish when making a particular family favorite.

As for Caryn’s coffee cake, however? Pass the recipe card please.

Hope to see you around the bread bowl soon!  Don’t forget to check out these upcoming classes. If you have a similar family story to tell, please comment in!

PS: Until I post Caryn’s coffee cake, you might want to try the Maple Cream Cheese coffee cake that won the Cooking with Maple Contest at the Genesee Country Museum.

You can also read some posts inspired by growing up myself in the 60s and 70s!  Reclamation, Saturday morning ritual