I first heard about Swedish limpa bread while I was reading through the reader comments on my own blog! Limpa bread? Even though I had no

idea what kind of bread it was, I did know that when I traveled into New England over school break that this was the bread I wanted to make with that reader (who doubles as my close friend), Nancy Babcock.

I’ve always admired what Nancy knows and is able to do.  Though she’s a nurse by training, she’s also a soap maker and avid gardener.  She lived in a wiki-up that she built and later served as the contractor for the timber frame house she now lives in high atop a hill in the Berkshires.

Whenever we visit, we never know what to expect as we pull onto the long dirt road that leads to her door. 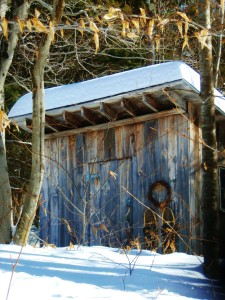 Once, upon arrival, we learned that she planned to have us help relocate her shed to a new location 8 feet from where it sat.  Personally, I would’ve called someone to move it but Nancy isn’t bound by the same limitations in her thinking that I am.  With a series of pulleys, logs, and an assortment of local pals, we got the job done.

This visit, with just bread baking on my agenda, I hoped for something more relaxing. 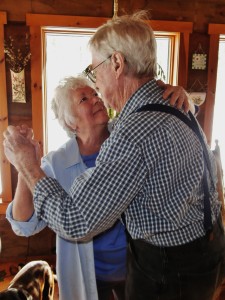 Darrell and I found ourselves first tending to other priorities like ringing the church bells on Sunday morning and sharing a long leisurely lunch at Nancy’s friends, the Cushmans, where we were welcomed in as part of the family, fed until we were sufficiently plumped, told tales of early logging camps, and even treated to a dance by our hosts.

By the third day of our trip, Darrell had 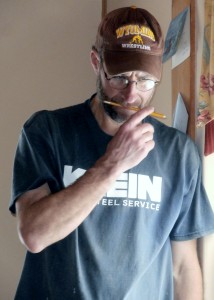 some serious work in front of him putting in Nancy’s new wood floors.  I just wanted to make bread.

Limpa, as it turns out, means rye but when I finally saw the recipe I discovered that this was no ordinary rye bread.  With an ingredient list that included grated orange rind along with anise and fennel seeds, it was aromatic from the start.

Once Nancy started grating, she paused to question me, “Does 2 tablespoons of rind mean packed or not?”

Still studying the recipe, I scratched my head.  “I’m not sure but what exactly is the equivalent of 2 compressed cakes of yeast?”

We decided to toss in the rind of 2 oranges and 4 1/2 teaspoons of yeast and call it good before hitting another snag.  Nancy inadvertently added cumin seed rather than either of those called for. (They look similar…what can we say??) 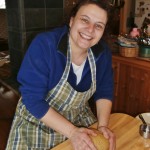 With a laugh, she put the orange and cumin seed aside to season chicken with later and put together the right combination of ingredients in the bowl for me to knead.

Our dough began to take shape.

As it rose, she shared memories of the grandmother who had first introduced her to limpa bread.

“My grandmother, Svea Ulricka Setreus Boehme, lived with us and would always bring us treats in the evening.  She must’ve loved bread because she fed us a lot of it.  Some she toasted and sprinkled with cinnamon sugar but the limpa only needed butter.”

Svea with two of her children: Marian and Ruth (pictured below with Nancy)

Nancy’s grandmother had raised 5 children during the Great Depression nearly single-handedly after her husband had died.  While she had offers from family to take in one of the children, she refused doing whatever she needed to keep the family together.  Often that meant moving each year when she was unable to pay the rent.

With a sigh Nancy said, “When my grandmother stopped making the limpa bread, my mom found a place where she could buy a little loaf.  She never made it herself.”

As Nancy spoke, I couldn’t help thinking of my own mother’s story and how she had left behind some of my grandmother’s bread baking traditions, too.

“Recently,” Nancy said, “I got intrigued again with bread…thinking about that bread when my friend, Meg, showed up at work with a loaf.  It was the flavor I remembered!  I went home inspired to whip up a loaf turning to my Swedish cookbook for a recipe.”

Here she paused and peered over her glasses at me, “The end result was a near disaster and definitely not the same as my grandmother’s!” (see Nancy’s story of it in reader’s comments)

As it turned out, the recipe her friend had used came from The Joy of Cooking (which Nancy had on hand for our baking day.) 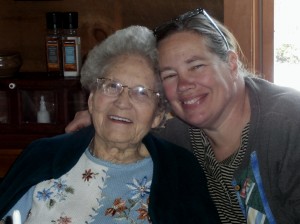 What a treat it’d be to savor the flavors of her childhood with her after our dough made its transformation into bread!

Even better that we’d get to share it with Svea’s daughter, Nancy’s Aunt Helen, who at 92 is still spunky and willing to give it a try.

Click here for the recipe and pictures of our finished loaf!

It amazes me how much food lingers in our memories and seems to shape us.  If a favorite bread is swirling around in your past, write me a note.  I’d love to hear your story and  be able to bake it with you! 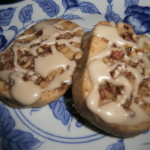 PS: Don’t forget to sign up for my contact list at the top of the page.  I’ll send out reminders, including things you won’t find on the blog from time to time, like the recipe for these maple shortbread crunch cookies I’m working on for the Cooking with Maple Contest at the Genesee Country Museum coming up in March….I’ll be sending my recipe out after the contest of course….

One thought on “In memory of Svea Ulricka Setreus Boehme”